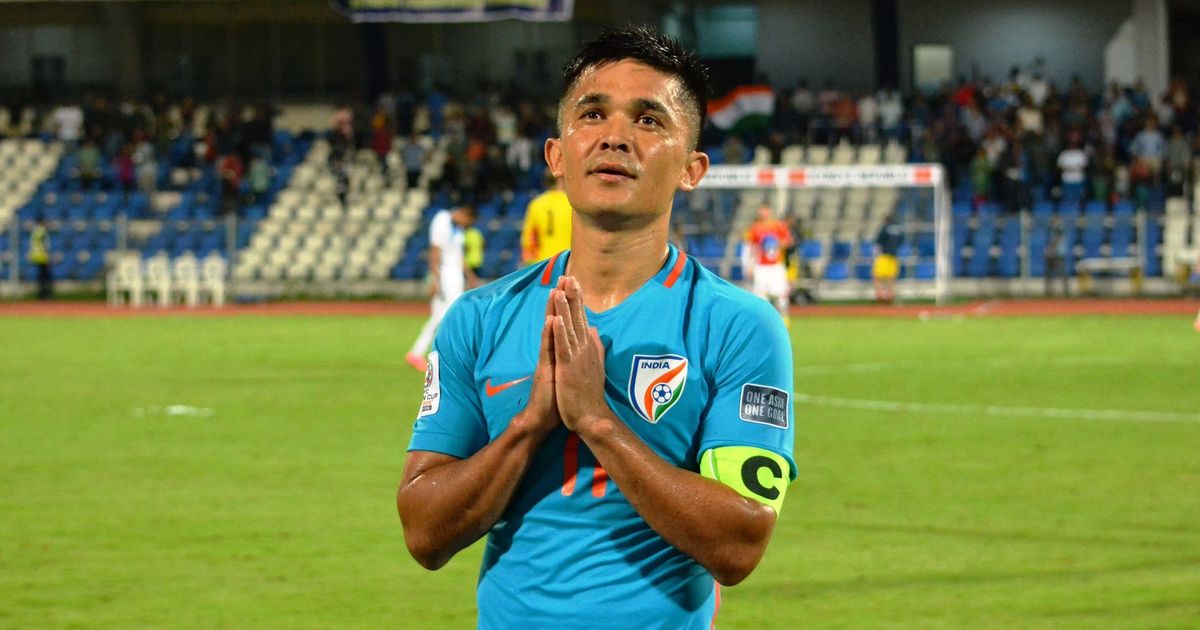 NEW DELHI: All India Football Federation General Secretary Mr. Kushal Das congratulated the Indian Senior Women’s National Team in a meet and greet session at the Capital on Saturday evening (March 23, 2019) after the Indian women beat Nepal 3-1 in the final to retain the SAFF Championship for the 5thconsecutive time.

“Congratulations to all of you. Well done,” Mr. Das said. “There has been a definite improvement in the manner the women’s team has been playing. Good luck for the Olympic qualifiers (round 2). We feel, that you can achieve it, and move to the next round,” he stated.

The girls were also in for a major surprise when Padma Shri Sunil Chhetri was live with them via a video conference.

“Extremely proud of all of you,” Chhetri declared. “I have always maintained that the women’s team is much better than the men,” Chhetri expressed, much to the applause of the entire squad.

“Go there, and give your best in Myanmar. I have been keeping a track of all of you playing. Keep up the good work,” Chhetri, who had scored India’s match-winner against Myanmar in the AFC Asian Cup Qualifiers in Yangon, wished.

‘Congratulations to our women’s football team for winning the #SAFF Championship. You have once again proved that you are the true champions. Keep up the good work and add many feathers of success to your crown. Best wishes!’ he tweeted from his personal account @praful_patel.

The girls came back recently from Nepal winning the SAFF Senior Women’s Championship for the fifth consecutive time, and in the process stay unbeaten in 23 matches in the Championship.

Mr. Das reiterated that “qualifying from Round 2 of the Olympic qualifiers will be a big thing for Indian Football.”

“We are on the right track. The AIFF will continue to support and help. We intend to be a force to reckon with in Asian Football soon. The journey has just started,” Mr. Das expressed.

Head Coach Maymol Rocky thanked all for the “exposure tours.”

“We are heading into the round 2 of the Olympic qualifiers with an experience of 14 International matches. I never doubted the quality and commitment of my players. We are a young team, and all credit goes to the girls,” she stated.

Dalima Chibber who scored off a free-kick in the final, and was adjudged as the ‘Most Valuable Player’ in the SAFF Championship, explained that she has “improved as a player in the last 4 months.”

“I feel everyone in the team will agree that we have improved as players since the time we assembled in December in Odisha. The exposure tour in Turkey helped us immensely,” Dalima informed.

India have been clubbed with hosts Myanmar, Nepal and Indonesia in the round 2 of the Olympic qualifiers which kick-off in Mandalay. The first match against Indonesia is slated for April 3.